The Messenger is a gripping true story of adventure and discovery of a young man’s journey to save himself. After his life spirals out of control, he has an extraordinary divine encounter with one of God’s messengers who inspires him through hope, compassion and love to discover not only how to find his own life purpose, but how to show millions around the world to do the same. 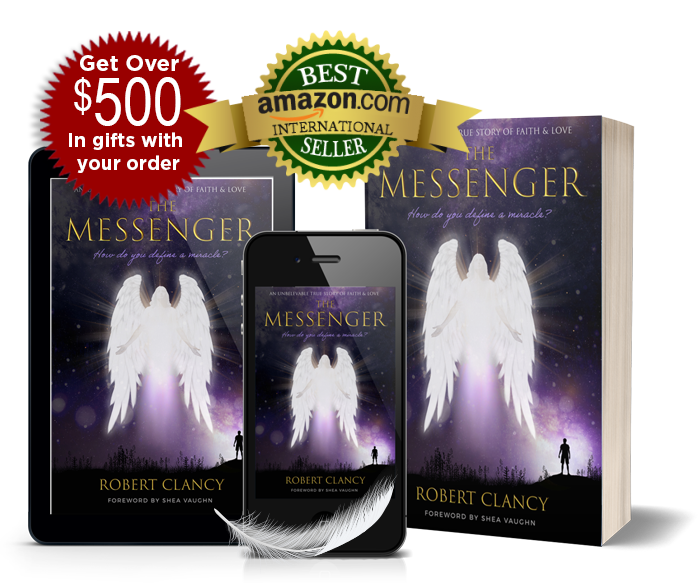 When you order The Messenger
you will get over $500 in amazing bonus gifts delivered straight to your in-box!

Hurry!
Special pricing is only available for the next 72 hours!!!
Order Now for ONLY 99¢!

NOTE: A Kindle Device is not needed to read the eBook.
Get the FREE Kindle reader app here for iOS, Android, Windows and Mac OS X

Order TODAY to receive all your bonus gifts.

“For it is written, He shall give his angels charge over thee, to keep thee.”~Luke 4:10

Your Bonuses Gifts Include: 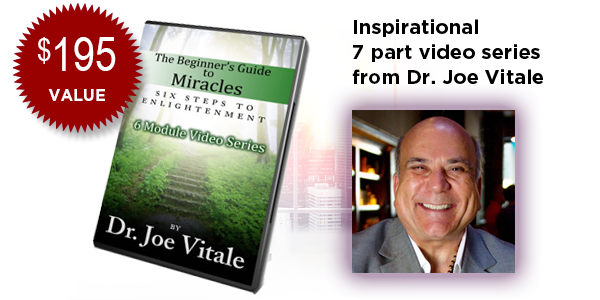 This breakthrough online course by Dr. Vitale himself is a multi-part video training. He personally walks you through all the steps of manifesting what you want. It is the simplest, easiest, clearest explanation EVER of miracles and how YOU can attract them. The course will sell for $195 later, but you can have it today as a FREE gift with your purchase of Robert Clancy's book. 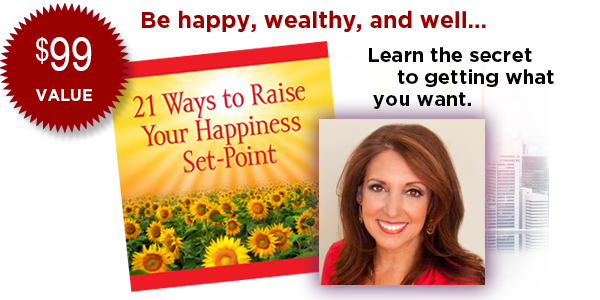 Be happy, wealthy, and well...Learn the secret to getting what you want. When you follow the practices in Happy for No Reason you'll increase your capacity to experience greater happiness for yourself, for others, and for life. In the Happy for No Reason Workbook you'll find material that will help support your growth and help you raise your happiness set-point. 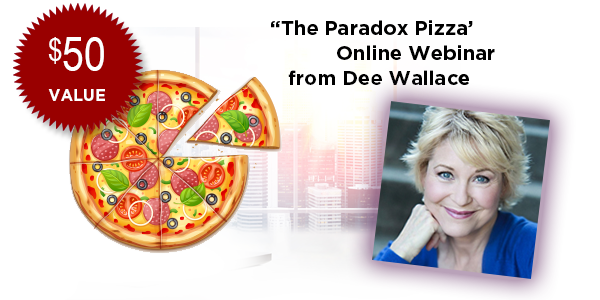 This is channeled information regarding the different pieces of habitual patterning: where the cause is, and how it escalates into our lack of power. When we know the root cause, and how to direct our energy toward the positive choice, all our creation work becomes more effortless and expansive. WOW! Watch this wonderful information packed webinar for FREE! 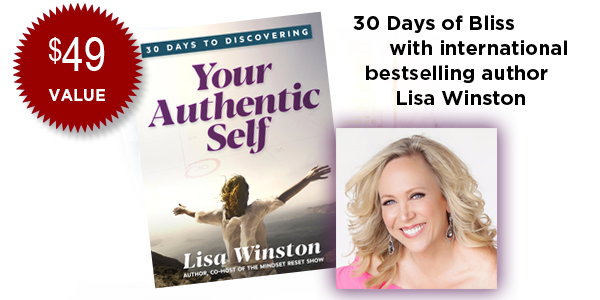 This is a starting point in the journey and evolution of uncovering your true, beautiful self. These are daily exercises that don’t have to take a long time. Or they can take as long as you want. Write what you get and go back and reread as the process evolves. Make sure to take time and reflect. Get used to hearing your inner voice. Make a self-honoring commitment to dig up the treasure that is YOU. You are SO worth it. 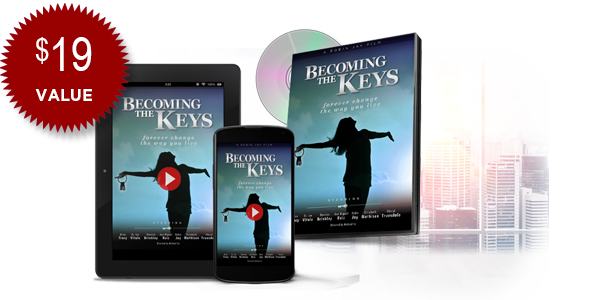 Watch the “Becoming the Keys” movie for FREE!

Get to watch the Inspirational award-winning “Becoming Key Movie”, the newest film from writer/producer Robin Jay for FREE! The featured experts and their dramatic stories inspire and empower you, encouraging you to embrace the 7 Keys: Appreciation, Harmony, Passion, Courage, Faith, Vibration, and Empathy. The movie is streamed right to your computer. Offer expires 9/20/2021 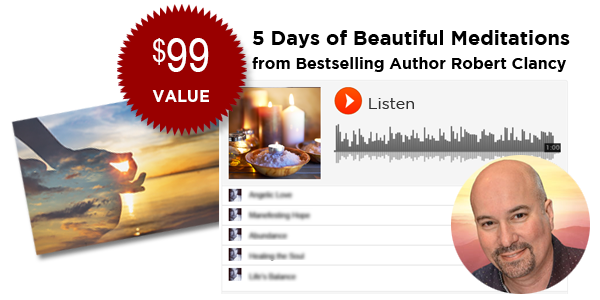 In this five-day audio series bestselling author and spiritual teacher Robert Clancy will teach you: how to manifest joy, hope, and abundance in your relationships through five powerful guided meditations. Learn to relax your mind, body and soul to develop an attitude of gratitude and fulfillment! 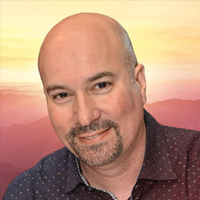 A word from the author

“The delicate wings of an angel are made from the fabric of glistening hope and sewn together with the light of compassion. That’s why you are meant to glide on the winds of love.”

Does every season you go through in life serve a higher purpose—from the depths of your worst imaginable despair to the happiest moment of your life?

What if everything you’ve ever experienced is orchestrated—no coincidences, no chance encounters, and no mistakes—only truth— truth of who you are and everything you were ever meant to be?

Is God, Heaven, and His angels for real?

What if you knew beyond a shadow of a doubt that God exists?

How would you live the rest of your days if you were shown definitive proof of Heaven?

How would you change?

The Messenger is a real-life journey of tragedy to triumph—a beautiful story that inspires you to never give up on hope, and it’s a secret I’ve kept in my heart for nearly thirty years. The Messenger is my story.

What others are saying 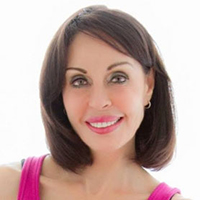 “The Messenger is a real-life story of a man going from failure to success and sacrifice to redemption. It’s the kind of story that inspires and gives hope. This journey is one of personal courage and divine guidance that teaches us how to change tragedy into triumph when we surrender to our true calling!” 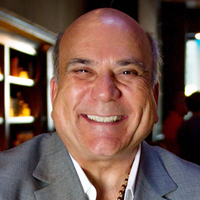 “What a journey! The Messenger is a wonderfully written and touching story that beautifully takes you through the trials of the human condition to the divine. In this precious book, Robert Clancy illustrates you are never alone, you’re always in God’s hands, and heaven is real. I know Robert and his amazing back story and I’m thrilled he’s now sharing it with the world. Robert is a true gift. Such an inspiring read!” 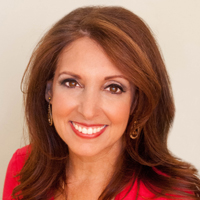 “The Messenger will take you on a beautiful and inspiring journey of the heart. Robert Clancy’s riveting story offers a powerful healing message of hope and faith.” 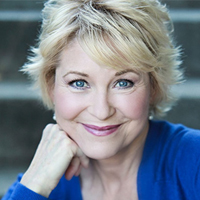 “So uplifting! In The Messenger, Robert Clancy immerses you into his divinely inspired world—a wonderful place filled with radiant light and angelic love. It’s clear that not only has Robert been on a divinely guided path, but he shows you that we all are—it’s just up to you to follow it as he reveals to you. Robert is real, transparent, and open in his writing; it’s one of the greatest gifts an author can give you.”” 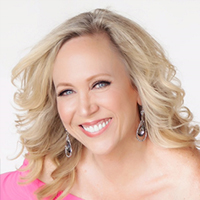 “Robert’s story moved me to tears—tears of pure joy. If there are such things as earth angels, you will come to know one and his amazing journey when you read this book. There are so many inspiring moments in this book that touched more than just my heart; they touched my soul. I love, love, love this book! This is a must-read!”” 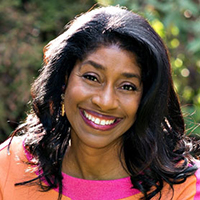 ““It’s rare to read a book that resonates so deeply with my Soul. The poignant moments shared in Robert’s story touched me deeply. Uplifting is an understatement. This book takes you straight to heaven. The Messenger is pure, wondrous light-filled energy.”

— Valerie René Sheppard, International Bestselling Author of Living Happy to Be ME! 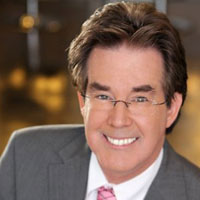 “Robert Clancy’s The Messenger is a story of love and hope. It’s an amazing story of faith, transforming a young man into a major spiritual leader. If you don’t believe in angels now, you will after reading this book. What the world needs now is a sign that there is something more, that each of us can achieve our dreams and goals. The Messenger will show you everything you desire is yours for the asking when you hold onto faith. You won’t be able to put this down!” 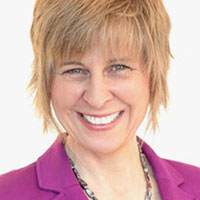 “A wonderfully written hero’s journey of enlightenment, selfdiscovery, and ultimately, how to find peace among the chaos of life. This book has exactly what the documentary Finding Joe describes for every epic story. When you walk your true path and slay your dragons, you may discover that the holy grail you seek has always been inside you.” 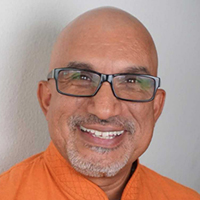 “The Messenger is a beautifully written, entertaining, and engaging journey of faith. It will not only inspire you, but it will guide you never to lose hope. In this book, Robert shows you so beautifully that you are never alone. If you don’t believe in angels, you will be after reading his story. Such an uplifting read!” 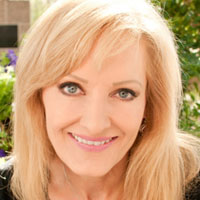 “Robert Clancy’s book, The Messenger, is about holding onto hope during your darkest night. This beautifully written story will show you how God holds you through all of life’s trials and tribulations. I love how visceral and poignant his journey of compassion is. When beautiful souls like Robert follow their divine path to help others, it’s abundantly clear that angels do indeed guide you.” 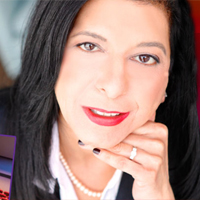 “I believe The Messenger will become a spiritual classic. Robert Clancy has managed to tell a story, his story, and made it not only inspiring and enlightening, but life-affirming and life-changing. It conveys a message that will not only make you a better person, but the world a better place.” 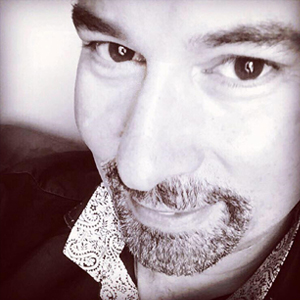 Robert Clancy is a creative visionary, #1 international bestselling author, spiritual teacher, Christian minister and co-founder of Spiral Design. At age nineteen, Robert had a divine spiritual experience with one of God’s angels that altered his life in profound ways—something he kept a close secret for nearly thirty years of his life. In 2012, he created the Robert Clancy – Guide to the Soul Facebook fan page, where he shares his divinely inspired thoughts, now followed by nearly one million people worldwide.

He is a sought after speaker, presenter, and guest. Robert is a regular contributor and weekly guest on Los Angeles KABC Radio’s syndicated Late Night Health Radio Show. He’s also co-host and producer of The Mindset Reset Show, which has hosted notable guests such as the star of the hit film, The Secret, Dr. Joe Vitale, actor Kevin Sorbo, actress Dee Wallace, Arielle Ford, and Marci Shimoff among others. His latest book Soul Cyphers: Decoding a Life of Hope and Happiness quickly became a #1 international bestseller.

Robert is also a featured spiritual expert appearing with Dr. Joe Vitale, don Miguel Ruiz, Brian Tracy and Dannion Brinkley in the movie Becoming the Keys, released in early 2019. Robert also recently completed his filming of an episode for the 2018-19 season of the Emmy® Award-winning Dr. Nandi Show which reaches over 300 million people on major cable and satellite television networks such as Discovery and ABC.

Robert is a father and 6th degree master black belt martial arts instructor. He is a dedicated volunteer who completely embodies the spirit of service—a selfless commitment to helping others make a positive difference in the world.

Connect with the Author: